Christie Jachec wants to change the way people think about chocolate. As a Dove Independent Chocolatier, 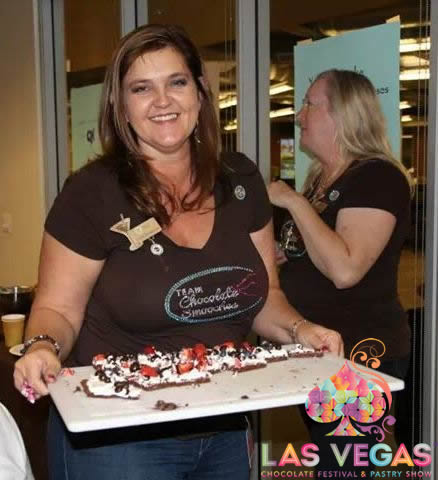 says Christie,  "We discover new ways to use chocolate...that's the reason they call it Dove Chocolate Discoveries." Rather than operate a traditional retail business, as an independent distribution source, Jachec host chocolate parties in private homes with a variety of Dove products, many "premium and exclusive" to Chocolate Discoveries. Says Chrstie, "I figured I could try it out and if I didn't like it, I could eat my way out of the business! Instead, I've been doing it for 3 years.

" What I do at a party,"  Jachec explains, "I'll serve a chocolate martini, we'll make a barbecue chicken pizza with our barbecue sauce and a little bit of our cocoa rub with the chicken.  We'll also make a brownie pizza with our brownie mix as a crust and our smoothie mix as a sort of pizza sauce, our dark chocolate fruit collection on top, and our white chocolate daquiri mix as a sauce." Wow, that sounds like a fun evening!

"There's lots of things you can do with our products [beyond the norm]" she says. "Our beverages surprise people the most," says Christie. "People will combine our chai tea with kool whip or pumpkin pie mix... and I  know someone who uses our dark chocolate martini mix [alcohol-free] as their coffee creamer. Our mousse mix is really easy, people have used it and looked like rock stars at their dinner parties." 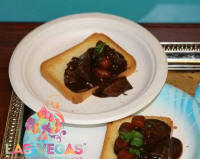 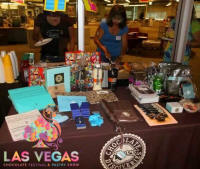 "My personal favorite would probably be our cinnamon dusted almonds, a roasted almond covered in milk or dark chocolate and then dusted with Saigon cinnamon. It's one of the most elite cinnamons there is. People who aren't even a fan of cinnamon try it and like it."

Looking forward to the Chocolate Festival, Christie says, "We're going to have a chocolate martini fountain! Come by--and we're always looking for people who want to try out our business. "