Claude Escamilla grew up in Perpignan, in the South of France. 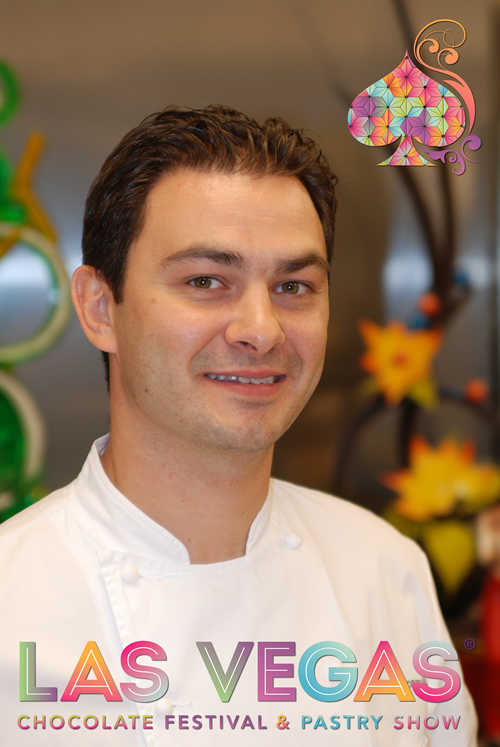 At 14, he began studying Pastry Arts at La Chambre des Metiers in Perpignan, where he was trained in pastry, ice cream, chocolate and confections. Claude graduated with a C.A.P. “Professional Aptitude Certificate"  in Pastry in June of 1995.

In September, Claude joined “Le Clos Des Lys”. Claude spent the next two years pursuing a pastry degree in the master’s program “BTM” at “La Chambre de Métiers” in Perpignan.  During this time he also worked for Chef Philippe Urraca, MOF, on a team of 25 people.  Claude received his degree in October of 1998.

In June of 1999, Claude became an Assistant Pastry Chef for the Bellagio Hotel in Las Vegas, Nevada. In 2005 he was promoted to Assistant Executive Pastry Chef, and continued to raise the standards of gourmet pastries and exquisite European desserts to an international clientele. In December of 2009, Claude became the Executive Pastry Chef of the Jean Philippe Patisserie for both Aria Resort, and Bellagio Hotel. Now operating out of an over 8,000 square foot kitchen, he now oversees 120 people between his production team and employees at both locations. The same design team was used in the development of both shops, yet they are both very unique. The Patisserie at Bellagio features the worlds largest Chocolate Fountain, while the Aria location provides a modern yet warm and inviting feel for the guests by incorporating warm colors combined with stainless steel.