One of the most decorated, respected, & charismatic chefs in the world, 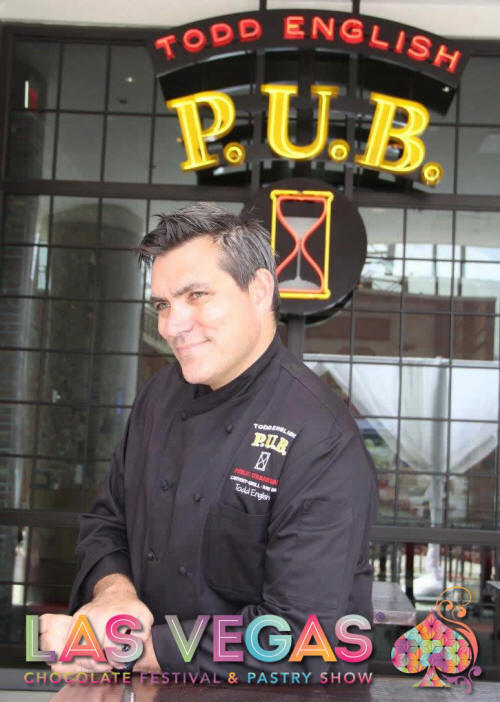 Todd English has enjoyed a staggering
number of accolades during his remarkable career. He has been recognized by several of the food industry’s most prestigious publications, established one of the best-known restaurant brands in the nation, published four critically
acclaimed cookbooks, & was named one of People Magazine’s “50 Most Beautiful People.”

Todd English began his cooking career at the young age of 15 when he first entered the doors of a professional kitchen. At 20, he attended the Culinary Institute of America & graduated in 1982 with honors. He continued to hone his craft with Jean Jacques Rachou at New York’s La Cote Basque & then relocated to Italy where he
apprenticed at the well-established Dal Pescatore in Canto Sull O’lio & Paraccuchi in Loc&o D’Angello. It was in Italy that Todd, drawing from his Italian heritage, developed his unique style & approach to cooking.

In 1989, Todd opened his first restaurant, Olives, a 50-seat storefront in Charlestown, Massachusetts. It drew
immediate national & international applause for English’s signature interpretive Mediterranean cuisine; it was voted
Best New Restaurant by Boston Magazine, has been honored as Best Food & Top Table by Gourmet Magazine, & is
consistently named Boston’s #1 Favorite Restaurant by Zagat. English went on to establish Olives as one of the
most prestigious culinary brands in the nation, opening additional locations at the iconic W Hotel in Union Square &
The Bellagio Hotel in Las Vegas, and just recently, Mexico City & the Bahamas. 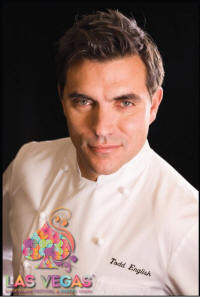 to Las Vegas in January 2010, located in the Shops at Crystals at Citycenter. Summer 2010 brought the opening of The Summer House Restaurant & the Beachside Bistro, both located on the island of Nantucket, as well as the highly anticipated, European- inspired Todd English Food Hall located at the iconic Plaza Hotel. English also opened his first French-inspired Brasserie Ça Va, located in New York City’s theater district. Todd collaborated with his daughter Isabelle in her hometown of Boston, Massachusetts to open a dessert concept, Isabelle’s CurlyCakes, named after her curly mane & homemade cupcake
creations.
English has also gone on to establish himself as a successful television producer & host. In 2007, his international travel & cooking series, Food Trip with Todd English, which features Todd exploring the globe in search of new local flavors & techniques, debuted on PBS. The series, currently filming its third season, has garnered him two James Beard Awards as well as an Emmy nomination. In addition to many television appearances, English has also starred in the national public television series, Cooking Under Fire & The Food Network’s Opening Soon.

Todd English has authored the critically acclaimed cookbooks, The Olives Table, The Figs Table & The Olives
Dessert Table, published by Simon & Schuster, & his fourth book, Cooking in Everyday English, the A,B,Cs of Great
Flavor at Home was just released this past October. In 2005 his line of cookware & lifestyle products, The Todd
English Collection, debuted on HSN, breaking electronic retail records in the houseware category.